‘Knock at the Cabin’ New Trailer

Universal Pictures has relesead a new trailer for M. Night Shyamalan’s thriller Knock at the Cabin. Watch below:

While vacationing at a remote cabin, a young girl and her parents are taken hostage by four armed strangers who demand that the family make an unthinkable choice to avert the apocalypse. With limited access to the outside world, the family must decide what they believe before all is lost.

The trailer has arrived for the Spring Awakening reunion concert documentary. Spring Awakening: Those You’ve Known will arrive on HBO and HBO Max on May 3, and even with this brief glimpse, we can understand why Jonathan Groff might be “crying through the entire thing.” The original Broadway cast, including Groff, Lea Michele, John Gallagher Jr., Skylar Astin, Gideon Glick, Lilli Cooper, Krysta Rodriguez, Gerard Canonico, Jennifer Damiano, Lauren Pritchard and more, reunited for a one-night-only concert in honor of the Tony-winning musical’s 15th anniversary on November 15, 2021 at the Imperial Theatre. The event served as a benefit for The Actors Fund. In addition to a peek inside that epic night, the doc also includes interviews with the cast and creators Duncan Sheik and Steven Sater. Watch the trailer below! 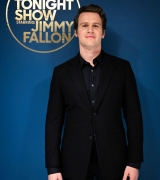 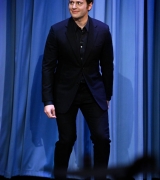 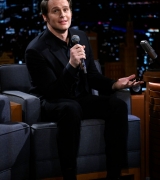 Watch Jonathan Groff in a New “And Just Like That” Preview

A new preview for the upcoming episode of And Just Like That… shows a sneak peek at Jonathan Groff in a new role.

Groff plays a plastic surgery doctor who meets with Anthony, played by Mario Cantone, and Carrie Bradshaw, Sarah Jessica Parker, in the new episode. Watch the preview below! The new episode will premiere Thursday, January 6, on HBO Max.

Jonathan Groff, Keanu Reeves, Carrie-Anne Moss, Priyanka Chopra, Yahya Abdul-Mateen II and Jessica Henwick break down what it was like to film the newest Matrix film, ‘The Matrix Resurrections’

Page 1 of 21 2 Next »
Advertisement
Site Information